Coca-Cola Arena to Open in Dubai

As a city, Dubai is not one to rest on its laurels. This is evident with the numerous initiatives set by the municipality to further its bid as one of the best cities in the world.

And when it comes to entertainment, the emirate is not a slacker as it continues to push the boundaries by offering world-class events and activities with modern-day amenities and services that are second to none in the world. 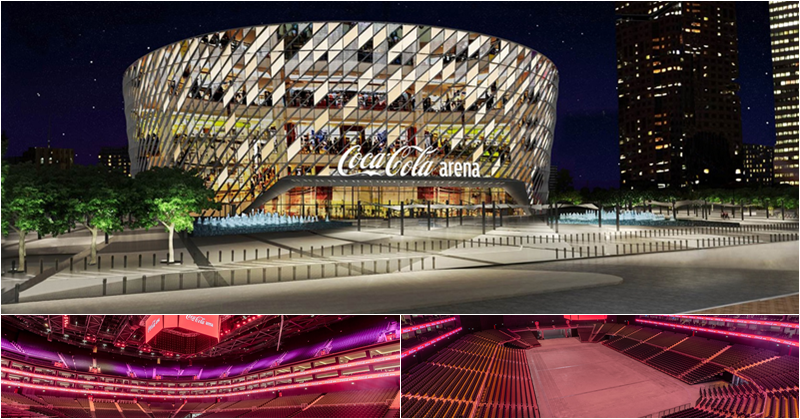 In line with this, the newest Dubai landmark – the Coca-Cola Arena (formerly Dubai Arena) is set to open next month.

The Coca-Cola Company (TCCC) has signed a 10-year agreement for the exclusive naming rights of the brand new indoor multipurpose arena in Dubai.

With the branding made, the breath-taking venue is now the largest of its kind between Istanbul to Singapore and will further establish Dubai as a major destination for world music tours, sporting competitions, family shows and corporate events.

The venue, with an impressive seating capacity of 17,000, will put Coca-Cola at the centre of the entertainment landscape in the region and will join a growing number of entertainment venues around the world where Coca-Cola is served.

Clustered with the likes of the Piccadilly Circus in London or Times Square in New York City; the latest entertainment centre in Dubai will proudly banner the global brand Coca-Cola, in its bid to deliver the best in global entertainment and sports to the region.

Murat Ozgel, General Manager of Coca-Cola Middle East and Deputy Business Unit President of Coca-Cola Middle East and North Africa shared, “This is a milestone deal for The Coca-Cola Company as the Coca-Cola Arena will bring more than 40 events every year to the hugely anticipated destination, putting us at the centre stage of entertainment. The Coca-Cola Arena will firmly position itself as a leading destination helping Dubai claim its place among the main global metropolises like NYC, Tokyo, Paris and London.”

He further explained that music, sports and entertainment are part of the fabric and heritage of Coca-Cola brand DNA and the arena will serve as a testimony of the brand’s determination to create lifelong memories through unforgettable experiences.

The state-of-the-art multipurpose arena is owned by Dubai-based developer Meraas and will be operated by the globally leading entertainment and management company AEG, which also operates London’s O2 Arena, STAPLES Centre in Los Angeles, Mercedes-Benz Arena in Shanghai and Qudos Bank Arena in Sydney.

Check out the first-look video clip shared by Coca-Cola Arena Facebook Page below:

With the upcoming opening of the Coca-Cola Arena, entertainment-goers have one more reason to visit Dubai, and to explore the UAE while they’re at it.

How to Become a UAE Citizen