Mandatory registration for NRI in UAE have been deferred.

A new update has been posted regarding the mandatory registration of Non-ECR passport holders who plan to travel for work purpose in 18 ECR countries. The registration has been temporarily suspended until further notice, according to an advisory posted from the official Facebook page of the Consulate General of India in Dubai.

This update was announced following difficulties and challenges for registrants in the emigrate.gov.in website. No date has been mentioned as to how long the temporary suspension will last. But please keep posted for further updates.

Below is the advisory posted on the Facebook page of the Consulate General of India in Dubai: 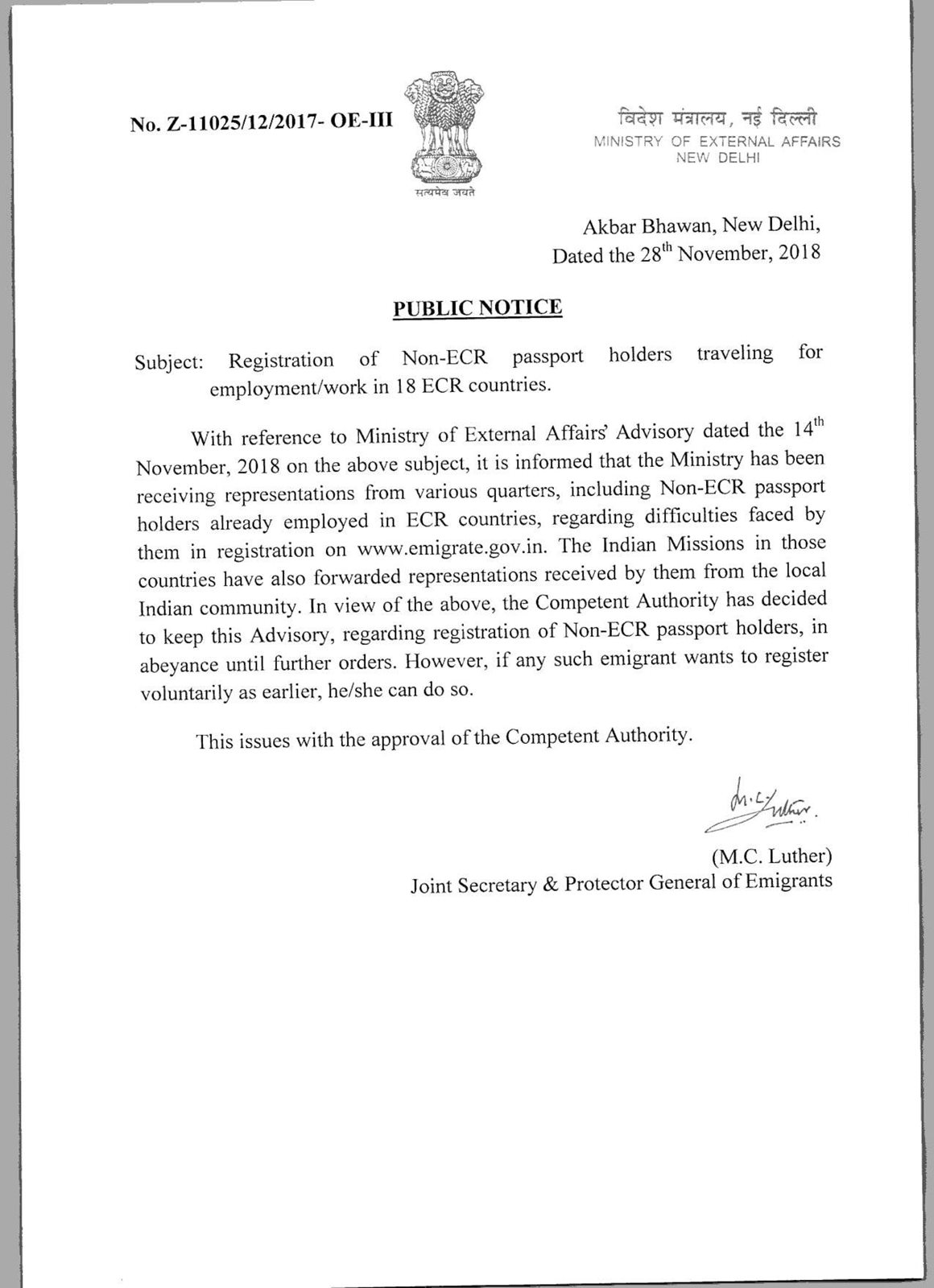 With reference to Ministry of External Affairs’ Advisory dated 14th November 2019 on the above subject, it is informed tha the Minstry has been receiving representations from various quarters, inluding Non-ECR passport holders already employed in ECR countries, regarding difficulties faced by them in registration on www.emigrate.gov.in. The Indian Missions in those countries have also forwarded representations received by them from the local Indian community. In veiew of the above, the Compeent Authority has decided to keep this Advisory, regarding registration of Non-ECR passport holders, in abeyance until further orders. However, if any such emigrant wants to register voluntarily as earlier, he/she can do so.

This issues with the approval of the Competent Authority.

How to Apply for a Personal Loan in the UAE