An expat from Portugal just became 12 Million Dirhams richer when he won the grand prize of the recent raffle by Big Ticket Abu Dhabi.

An expat from Portugal just became 12 Million Dirhams richer when he won the grand prize of the recent raffle by Big Ticket Abu Dhabi. The raffle was conducted in the Abu Dhabi International Airport on a Monday (December 3, 2018).

Apart from Mohammed, there were 6 expats who also won consolation prizes, all of them are Indians.

Mohamed has been working in Dubai for 8 months and he’s very lucky to have gotten the top prize of this raffle.

“I followed our tradition of buying Big Ticket, since my dad used to buy Big Ticket whenever he traveled. It’s coming to 8 months now that I am working here in Dubai and I feel blessed and lucky to be a Big Ticket Grand winner.”

“Keep on trying and you never know when it is your chance to shine.” – said the winner 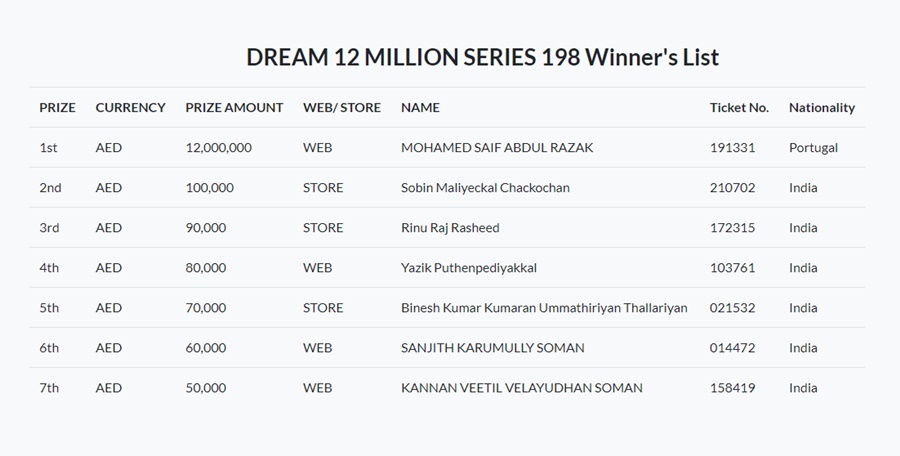 How to Save Water Consumption in Dubai